It was with deep sadness that we learned of the untimely death of UCD Foundation’s chairman, Cormac McCarthy, on 5 July, at the age of 58. Cormac was a wonderful colleague, a wise and intelligent leader, and a great friend of UCD. His passing is an enormous loss to UCD and UCD Foundation and an unimaginable loss to his beloved family.

Cormac’s strong ties to UCD and his abiding affection for his alma mater can be traced back to his student days in the early 1980s. After graduating with a BComm, he trained as an accountant with KPMG. His characteristic drive and business acumen then saw him rise rapidly through a succession of senior roles in the financial sector.

After a number of years at Woodchester Investments, Cormac moved to First Active, where, at the age of 36, he became one of the youngest CEOs of a bank in Ireland. He was subsequently appointed CEO of Ulster Bank.

Cormac left the banking sector in 2011 and enjoyed further career success as Chief Financial Officer at Paddy Power. He also gave generously of his time and his tremendous energy and talent as a main board director of DCC plc and as chairman of H+K International and UCD Foundation.

Cormac was passionate about UCD and was actively involved in many areas of the university. He was wholeheartedly committed to our vision for a world-class university where students from all walks of life have every opportunity to thrive, to succeed, and to make the world a better place.

In 2010, he became co-founder and chairman of the Aspire scholarship programme at UCD Michael Smurfit Graduate Business School, with the aim of supporting unique, high-potential candidates to develop their talents as future business leaders.

Cormac’s co-founder of the Aspire programme pays tribute to him, saying, “He was a great friend as well as a great chairman of Aspire. His integrity and influence created the programme’s success, and his personal connection and involvement with the students has had a lasting impact on their lives. Cormac did this effortlessly and without any fanfare or credit to himself, but in the interest of creating opportunity for others.”

Cormac joined UCD Foundation as a non-executive director in 2012 and was appointed Chair of the Board in 2015. He demonstrated exceptional leadership and brought a wealth of experience and wisdom to the role. The members of the board, Executive Management and the wider UCD Foundation team count it a great privilege to have known him and worked alongside him over the past eight years.

Orla Gallagher, Director of Development, reflects on his outstanding contribution and impact: “Cormac was one of those uniquely remarkable people that you count yourself lucky to meet in life. His integrity shone through everything he did. He held high standards for himself and for anyone who worked with him. More than anything else, Cormac cared deeply and genuinely about others. His true life’s mission was to help people, to champion the underdog, to encourage and nudge people along. Cormac gave so much time and energy to UCD and to UCD Foundation and will forever remain part of the fabric of the university. We will always remember him dearly and miss him tremendously.”

Nicole Black, Director of Alumni Development, also had the privilege of working closely with Cormac. “He made a remarkable contribution to UCD,” she says. “As well as being a fantastic chairman and a great leader, he was a wise counsel, coach, mentor and friend. Above all, he was a man of integrity and honour, and a great family man. In his eight years on the board, Cormac made an enormous impact. He will be hugely missed by everyone who knew him, and I am immensely honoured and privileged that I had the opportunity to work with Cormac. His legacy and influence will continue to live on in all the work that we do.”

It is difficult to come to terms with the sudden and devastating loss of such a brilliant and charismatic man. “Cormac was a great believer in giving back, and UCD has benefited greatly from his unrelenting commitment and his involvement in various ways across the university,” says UCD President, Professor Andrew J Deeks. “In particular, he championed students who faced barriers to education, and encouraged them to reach their true potential. He was also a long-time member of UCD Rugby Club, and helped with the club’s finances on a voluntary basis. He undertook his role as Chairman of UCD Foundation with a great sense of duty and conscientiousness. He brought immense enthusiasm, energy and professionalism to all that he did. Cormac will be greatly missed by me, by UCD and by so many who had the great fortune to cross paths with him. My deepest condolences to his wife, Laura, and their children, Andrew, Fiona, Jean and David.” 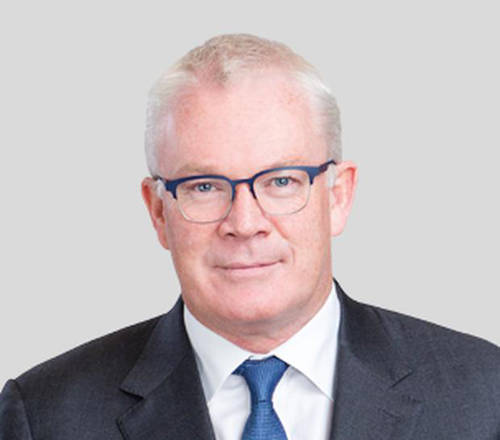