The James Lambe Memorial Scholarship fund has been created to honour the legacy of an incredible young man. The scholarship will be made available to students who, just like James, face medical challenges as they seek to complete their studies.

As the first anniversary of his death approaches we would like to tell you about James ‘Lambo’ Lambe – the legend.

At the young age of thirteen, James was diagnosed with a chronic and extremely rare medical condition Multiple Endocrine Neoplasia, Type 2B (Men 2B). James had numerous cancer treatments over the past ten years – they helped to keep the rampant cancer at bay for a short while. However, in January 2021 the tumours began to multiply quickly and there was no drug available to combat this. James’s health rapidly deteriorated, on the 17th May, 2021, at 15:29 he died surrounded by his loving family. Despite this life altering illness and unforeseen death, James made the most of his time on this earth.

James will always be remembered as a man who genuinely cared for others. Regardless of how he was feeling, James would always greet people with his warm smile and characteristic laugh. James was a truly compassionate young man, a gentle soul, his generosity of spirit exemplified by his kindness to friends. James placed a huge emphasis on the importance of education. The purpose of education is to draw forth information. James summed this up as creativity. He believed that creativity was a key factor in “making the world a better place.”

James packed so much into his life. He was awarded a scholarship to Clongowes College and then went to UCD where he got his degree in Economics and Politics. By special arrangement James was awarded his hard fought for degree just 3 days before he died – he had been drifting in and out of consciousness, but when the framed certificate arrived, he woke briefly to say “I did it.”

University College Dublin was inspired by his courage and dedication to education, despite all of his medical challenges. A  scholarship has now been created in his name, the “James Lambe Memorial Scholarship” – a true honour for such a young man whose legacy will now live on through this programme. The scholarship will be made available to students who, just like James, face medical challenges as they seek to complete their studies – the funding will mean that they have one less thing to worry about. A memorial fundraiser is also a good way for us as friends and family to transform our loss into something positive, and to be involved in his legacy project. 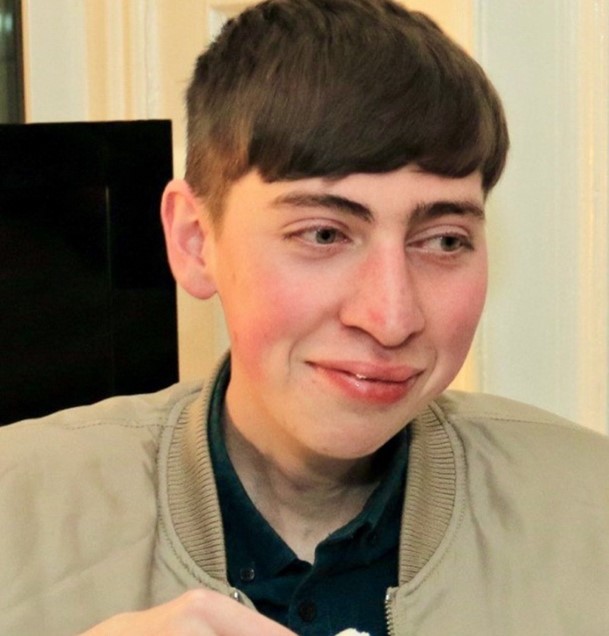 “Tomorrow is a promise we cannot keep, so today, be bold and brave and live fearlessly”

To ensure that the legend of “Lambo” lives on, we are raising money to fund the James Lambe Memorial Scholarship programme which will be administered by UCD Foundation. We plan that every four years a new student will be awarded a scholarship. Each scholarship will be valued at approximately €12,000.

As James said,  “we don’t know what tomorrow brings” – but today in his memory you can make a big difference