In an Irish Times article Karina Butler, UCD Professor of Clinical Paediatrics and infectious disease specialist at Children’s Health Ireland, discusses what we know so far about COVID-19 in children, and advises parents and carers on ‘red flag’ symptoms to look out for. 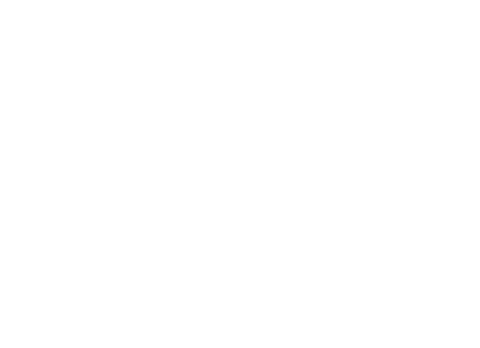 What inspired you to start this challenge?

The reason I started this campaign was because I realised the severity of the situation, the effects it would have on our health system and the citizens of Ireland. While I am not a doctor, nurse or healthcare worker (I work for Salesforce as an Account Executive) I knew what it could mean and I had to do something. During my time in UNICEF, I was aware of the impacts and lasting effects of the ebola epidemic in Sierra Leone having conducted a brief humanitarian mission there.

I got to work after consulting with my uncle who is in the National Ambulance Service and a friend who had just begun ICU training, which completely solidified the decision to act. I stayed up to 6.00 am on Paddy’s Day devising what would become the Push Up Challenge. As an athlete, I also thought the challenge was a good way to promote people getting active while self-isolating.

Do you have a particular link to the hospitals you have chosen to fundraise for?

I attended the Mater Hospital for treatment after a back injury several years ago. My mother was diagnosed with Lymes disease and seeks regular treatment there. Otherwise I have no other connection. I was put in touch with CEO Michael Sheridan of Mercy Hospital Foundation by journalist Niamh Griffin after she learnt about the initiative. Thanks to Niamh I was able to gain more insight from both Mercy Hospital Cork and the Mater who work closely together which is the reason for partnering with both Hospitals and their ICUs.

What other media attention have you received in relation to this?

I have been extremely fortunate that iRadio, Spin1038 and 2FM have been willing to feature the campaign and give me an opportunity to share the good it will do for the Mater and Mercy Hospital Cork which are the largest ICUs east and west of the country.

Graham and Nathan of Fully Charged on Spin1038 were even kind enough to do the push-up challenge themselves. All I have to do now is spam the amazing Caradh O’Donovan from iRadio and Jen Zamparelli of 2FM. I’m trying my hardest at the moment to gain support from well recognised individuals in the media but it’s difficult while I work full-time. The fundraising team in Mercy Hospital have been extremely supportive working alongside me to try to gain more support and exposure for the campaign even after their own work hours.

What do you hope the money goes towards – protective gear etc?

The campaign started as a general fundraiser for all ICUs specifically for the purchase of ventilators but after speaking with Michael Sheridan of Mercy Hospital Foundation I quickly recognised that a partnership with both hospitals was the best way to make an impact. Not only that but Michael provided me with a unique perspective on the situation within the hospitals. While ventilators are pivotal in combating COVID19 and the treatment of patients, the mental health of healthcare workers is paramount to sustain the response of severe-critical patients into ICUs.

The intensity at which healthcare workers will be working in addition to existing work prior to the pandemic makes for a very stressful environment, nevermind the lack of resources on top of that. We can’t afford to underperform against a virus like this, that’s why the funds raised in this campaign will go towards the mental health services to support healthcare workers and the necessary equipment needed in the ICUs. We need to look after them so they can look after us.

What are your memories of UCD?

UCD was a great place to go to college. I studied Politics, International Relations and Philosophy. It was a dream come true in many ways. I had always wanted to study these subjects from an early age – surprisingly! I met some fantastic people there, some of which I am still in contact with today. I was also part of the UCD Athletics Club where I also started up a campaign called Save Our Track with fellow athletes. There were other aspects to college life that I did find challenging however. I lost a friend in my second year which was a deep shock and affected my studies. Battling depression for the duration of college was also a challenge. While I have never talked about this beyond friends/family members I think it’s important to talk about it. I owe my life to a UCD counsellor called Donal Kiernan who helped me through a chronic depression. Thanks to UCD offering mental health services, I was able to overcome this and possibly why I find it even more important to support our Healthcare workers now! UCD has played a major part in my personal and professional growth.

How much are you hoping to raise?

We’ve raised over €2,500 amongst my very modest network and the following online but hope to raise much much more especially after the recent exposure on radio! Both hospitals will require €100K to sustain mental health services and equipment. If I can contribute in any way to this goal with fellow supporters we’ll be happy campers and feel like we’ve done something (from our living rooms) to help during this crisis.